Similarly if you have a petrol then the single spark ignite the fire and turns the situations in to critical form.

As many of us are suffering from the depression, some of us having low intensity and unluckily many of us having strong inclinations and influence of depressive tendencies.

Let’s look to the various planets responsible for the depression:

It is a state of mind in which native not feels happy, thoughts overplays in mind, contiguous thinking to someone or something, sometimes depression is due to some reasons and sometimes it is due to non any reason it is just because of continuous thinking.

Some causes results in the depression which are;

Failures in life: Peoples handles the challenges and failures with confidence, but some takes failures as the permanent failure of life, this thinking creates low confidence, tensed, separated and isolated, due continuous failures in every attempts.

This failures could be in the career path, education or physical weakness.

Love: As love is an essence of life, native got soulful connection with the love mate but any separation or betrayal causes the, heavy mental trauma, which leads to the depression.

How depression affects our life

Depression is generally the state of the damaged mind, thereby person having depression is looked by others as destitution, because this types of person are non social, ill, and unable to cope with the situations, even they are fully depended on family members, due to the depression they are unable to take decisions for themselves.

Primarily depression affects badly social circle, because these are not socially accepted, because there is no surety that these types of persons could commit anything which can harm to others.

In our Vedic Astrology 9 planets and 12 houses depicts the overall picture of life, similarly the Moon represents our mind.

Rahu/Ketu/Saturn and Trik Bhavas plays a kill game to cause depression.

Let’s start from the Moon, as mind, thought process, stability is represented by the planet Moon, whatever think is due to the Moon, similarly it is called as receiver of everything whether is good or bad.

It leads to the elevation of happiness, swings of mind, whether it is happiness or sadness. If good things happens ten we feel happy but in contrary to this if something goes wrong or unpleasant then we feels bad.

Moon results according to it’s placement and conjunction with the planet. Since conjunction and placement of role plays a crucial role in the assessment of mental state.

This the ominous and unfavorable conjunction between the two rival planets. Rahu is the North node of the Moon. The nature of this Graha is Vata, or Airy. He’s the significator of a harsh speech, logical fallacy.

Similarly Moon is a very important planet, as it represent our mind and mood. But, if such an important planet is in conjunction with the heavyweight malefic – Rahu, then there are a lot of problems that arises in life.

There will be a lack of peace of mind and results in mental agony, pervertness and unable to enjoy the wonderful moments of life completely and you will be prone to mood swings, depression.

Mental suffering, turbulence, lack of sleep, anxiety, fear of the unknown, absent-mindedness, a wavering mind, over-emotionalism – these are some of the problems one has to face due to this unfavorable rivalry combination.

Often seems that during it’s mahadasha phase native suffers from the Obsessive compulsion disorders, since Rahu disturbs the normal constitution of mind, the excess flow of the unfavorable energy affects thought process, that’s the reason, native gets suffering from the unnatural and mysterious mental problems.

For your knowledge I would like to share that due to the practical experience of mine as an Astrologer, number of books and literature you may find, some says Rahu gives hunger of for the wordily pleasures, success, name fame and other so many worldly pleasures.

But the dark side of the Rahu is; it creates, dilemma, confusions, indecisiveness, increase of frustrations, mental agony, hallucinations, thirst for something or hunger to achieve something, but twist is; native gets mentally affected when s/he fails in the target in achieving the goals which were set.

Since the failures causing abilities of Rahu it breaks the enthusiasm and mental state, from here, germination of negative thoughts get started, thereby day by day native entrapped in the clutch of Rahu.

When Rahu gets it’s complete hold on the mind then, the problems related to the mind which are depression, loss of sleep, anxieties are comes up.

Ketu is the south node of the Moon, Ketu is headless body and it is our subconscious thinking this is the another reason for depression is when Moon is in conjunction with Ketu.

This conjunction makes the native inclined towards the spirituality, since Ketu detaches from the wordily pleasures, it compels to think beyond the world. Similarly Ketu compel and detach yourself from the materialistic world (Bhautik Sukha), due to this native never feels the happiness in inner self and always feels to be connected with the divine source.

Often seems some of us are over religious or fully dependent upon the spirituality or divine source. The person just lost in other world and not happy in this world makes person to prone for depression.

This is the strong example for whom having Moon-Ketu conjunctions in their chart.

Primarily understand what signifies the Saturn, it is a heavy malefic planet for Moon, due to the enmity between these rival forces, the outcome of the results are always bad.

Similarly the Moon, our mind gets heavy affliction from the cruel Shani. Saturn cause, harshness to the mind, it causes limitations, hallucinations, fear for the loved ones, fear of real things, impatient.

Native faces problems related to the depression due to the heaviness of Saturn to Moon, because it puts the burdens of negativeness and heaviness to the emotional state.

If Moon is hemmed between the malefics and posited in the 6th, 8th, and 12 house, then chart indicates that the native is prone to the depression. Due to the affliction to Moon, it gets restricted and uncomfortable to deliver it’s auspicious results.

One another type of depression in which native gets aggressive and causes harms to ourselves or to other also:

For Aggressiveness there are some planetary factors are responsible, as aggression is a short phase elevation of mental wavelength as for the short period it is considered as normal behavior, but sometimes it also persists for the long-time, therefore this condition is considered as impact of chemical imbalance in our mind.

Astrologically our planets plays a very important role to maintain calmness of our mind, as harmonious person is easily mingle with others and he or she easily can adapt any circumstances but contrary to this aggressive person always found isolated, even before talking with him everyone hesitate so that what will be his or her reaction!

Astrological combinations are responsible for aggressiveness;

Primarily, Moon controls our mind, whereas the affliction to our Moon directly harms the thinking power and leads to our behavioral change.

Aggression; when Moon gets the affliction from Mars, together if it is posited in the adverse house or in dual sign with affliction and having devoid of beneficial aspect or conjunction then aggressive tendency develops.

As Mars is a fiery/Aggressive and hostile planet, in some cases the affliction from the Mrs causes aggressive tendencies with depression.

Nakshatras plays a crucial role because Nakshatsra are the backbone of Astrology, native adhers the the qualities of Nakshtras, thereby some considered as the favorable but some are not favorable for the Moon in which Mon doesn’t feels comfortable which are as follows:

Ashlesha Nakshatra: it is most emotionally turbulent Nakshatra.

Vishakha Nakshatra: in which Moon native faces the inferiority complex, jealousy from others, the loosing of any opportunity or achievement causes lack of confidence, due to this native loses its mental peace this makes person prone to depression.

in Vedic Astrology 9 planets are divided in the natural benefic and natural malefic planets, if the banefics are in the sound state and also aspecting the natal Moon then this support helps to moon to recover from the problems, likewise if problems occurs then it cures after doing some managements, like with the help of counseling, Yoga, medications, etc. if the

Primarily we need to assess the state of Moon in the chart if Moon is weak or afflicted then, boosting the power of friendly planets helps to give strength to Moon.

1. Strengthen natal Moon by worshiping Lord Shiva and chant Om Namah Shiyay, this remedy is very effective and the divine grace helps to understand the value of life.

2. Wear good quality of pearl if Moon is the lord of Kendra or Trikona houses lord.

3. Yoga and meditation, breathing exercise which help in calm down the mind to bring peace in life and increases the oxygen intake, an oxygenated blood helps to remove the tensions and various problems related to mind. 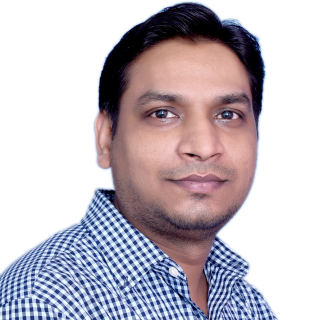